Tier 1-4 Standards is the United States federal exhaust emissions standards for diesel engines of  heavy equipment which were adopted in 1994 for engines over 37 kW (50 hp). The standard is applicable to all the heavy equipment engine manufacturer namely who signed the Environmental Protection Agency (EPA) regulations for Emissions for Compression-Ignition (Diesel) Engines.

The Tier 4 emission standards was phased-in from 2008 through 2015 and introduce substantial reductions of NOx (for engines above 56 kW) and PM (above 19 kW), as well as more stringent HC limits. CO emission limits remain unchanged from the Tier 2 and Tier 3 stage. 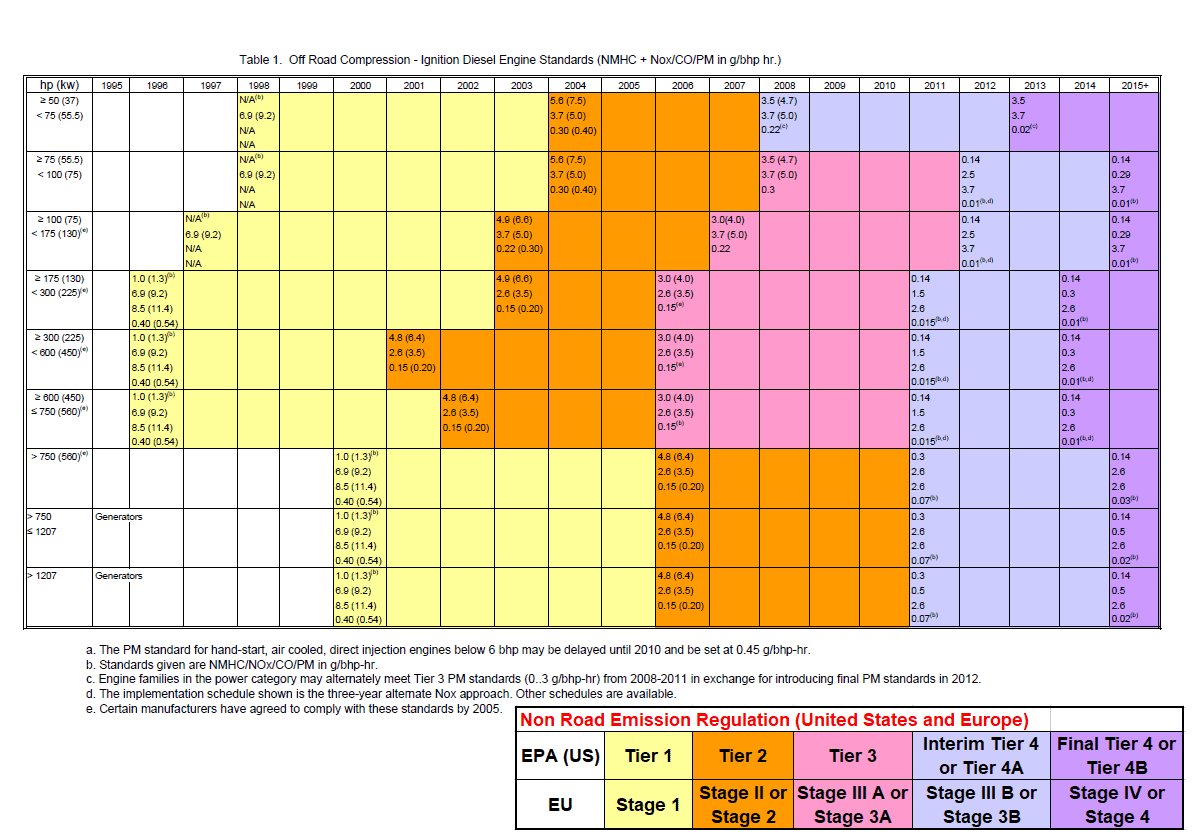